The Most Important Person in the World!

This was an activity I did with my 1st and 2nd graders at the beginning of the school year to boost their self-esteem from the start. I sat at the front of the classroom with a covered shoebox on my lap. I explained to the students that each one would be called up to the front of the room, one at a time, to learn who was the most important person in the world. I also told them that, once they were called up, they couldn't tell anyone else in the classroom what they saw when they went back to their seat, as everyone had to see for themselves who the most important person in the world is. When I opened the lid and they saw who the most important person in the world is, each and every student was amazed to see themselves looking back in the mirror that was taped to the bottom of the box! Great activity to do with young children, and maybe even the older ones as well! 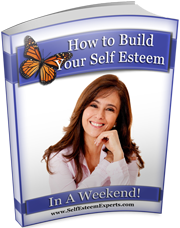